During the Russo-Swedish war, two Swedish naval ships "Godin" and "Astrild" entered the mouth of the Fontanka River. At the same time, boats with soldiers of the Preobrazhensky and Semyonovsky regiments led by Emperor Peter I and the lieutenant Menshikov entered the Black river (the Ekateringofka river). At night on May 7, 1703, boats with soldiers secretly approached the Swedish ships and as a result of a fierce battle both ships were taken on Board and captured by Russian soldiers. For this battle, Peter the First was awarded by the military council of the Order of St. Andrew the Apostle, and all the participants in the battle got gold medals "Unheard of happens." In honor of this victory, according to the decree of Peter the Great, the Dutch garden painter Van Bolen laid a park with various trees, a pond and canals near the site of the battle.

Behind the Yekaterinhof Park, on the southern bank of the Tarakanovka River in the 1730th estates were located; by the middle of the 18th century there was a courtyard of the Lukin palace buildings administrator, which he received into ownership. Here he built a sugar factory. In the future, Lukin's estate with a sugar factory was sold to the Chairman of the Commodity Exchange Committee, adviser and hereditary nobleman Molvo. He carried out wholesale trade under the firm "Yakov Molvo with his son". In 1833, for its high quality, its products were awarded the "Big Gold Medal". The products of the Molvo factory were of high quality, making the sugar popular among the people named after the name of the sugar factory. In 1850, the estate with the plant was acquired by the well-known philanthropist banker Alexander von Stieglitz - the founder of the art school of sculpture and painting in St. Petersburg. Stieglitz built two houses for workers of the factory, which have survived to the present day. In 1872 Ponomarev sold 13 acres of land to the German manufacturer Knopp to organize a partnership on the shares of the Ekaterinhof paper mill, where they built the main building, a boiler room with a pipe, a church and auxiliary buildings. 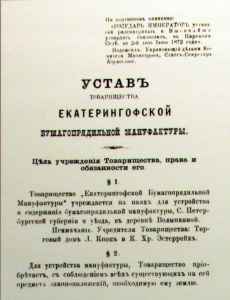 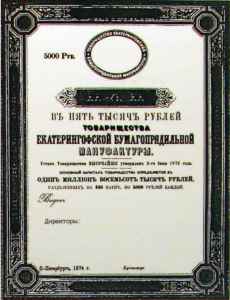 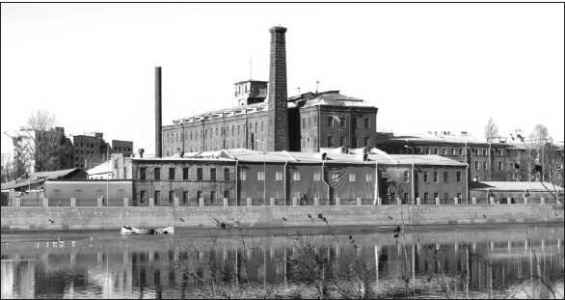 The hard working and living conditions of factory workers in 1878 led to a strike at the Ekaterinhof Manufactory, which was one of the first organized protests of a political nature. In 1896, workers took part in the St. Petersburg strike of textile workers, in which over 30,000 textile factories of St. Petersburg took part. The strike contributed to the growth of the political consciousness of the working masses, roused the whole of Russia, found a response abroad, where money collections were held for the fund of Russian strikers. In 1917, after the October Revolution, Knopp LG. went abroad, and the factory as a result of the devastation that had occurred in the country did not work until 1925. In 1925, the restoration of the enterprise began, which was given the name "Paper mill" "Rawenstvo". In the magazine "Industry and Trade" (No. 1 of May 29, 1925) an article was posted with a photograph of the factory and the signature "One of the largest spinning mills -"Rawenstvo", put into motion" Leningrad textile ".

The heroic and tragic page in the history of the factory was made by the Great Patriotic War of 1941-1945. Women who left to the front were replaced by women, the factory continued to work and produce the necessary products. However, in 1942, during the next artillery bombardment of the Leningrad-blocked Leningrad, the factory was burned down, the main building collapsed, only walls without ceilings and roofs remained. 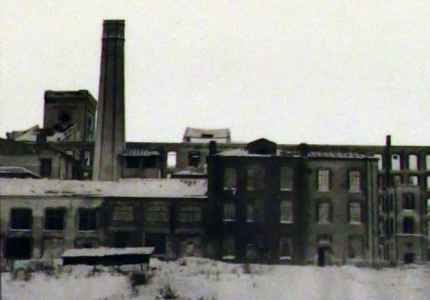 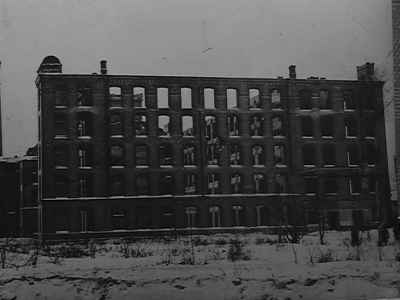 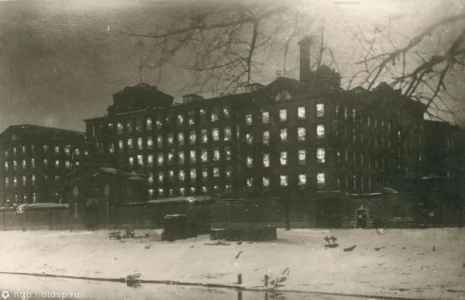 For 7 years the destroyed factory did not operate. By decision of the Council of Ministers of the USSR of August 15, 1949, the site with the remains of the building and structures of the former factory "Rawenstvo" was transferred to the Ministry of Shipbuilding Industry for the organization on its territory of the instrument-making plant No. 868, profiled for the production of radar stations for equipping submarines. January 28, 1952 the plant came into operation and began production of instrument products.

In 1960, Nesterov German Mikhailovich was appointed director of the plant. Under his leadership, the plant developed successively the series of radar and search stations Nakat 1960 and Zaliv, developed by NII-49 (now JSC Granit-Electron Concern), the radar station RLK-101 (Albatross ) 1962. 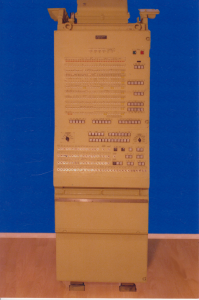 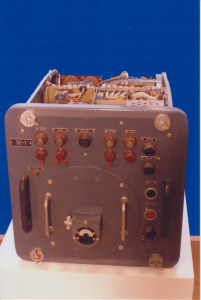 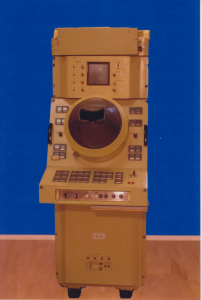 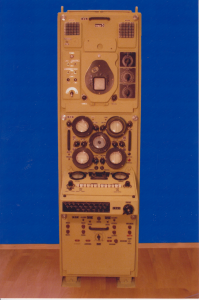 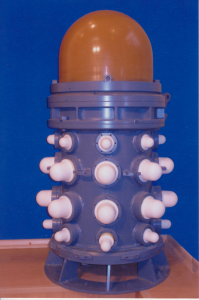 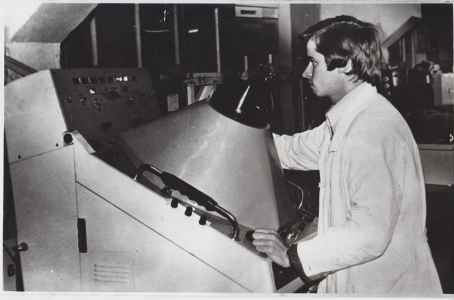 In the early sixties, the Special Design Bureau (OKB) was established at the plant, which developed a number of radar and search stations, mastered by the plant for equipping submarines and surface ships. So in 1970 the radar "MRK-50" was mastered, possessing a number of parameters that corresponded to the world level of that time, in particular, increased detection range, high resolving power. In 1975 the station underwent modernization, was called MRK-50E and in significant quantities was supplied to shipbuilding enterprises, including submarines exported.

Simultaneously with the production of active radar, the plant in 1969 mastered passive radar search stations MPP-25 and MRP-26, developed by the Design Bureau, providing detection of possible enemy's submarines, determination of their bearings with increased accuracy of direction finding and frequency of emission of signals. The radar stations MRK-50 (MRK-50E) and MRP-25 (MRP-26) were equipped with the majority of submarines produced in the country.

In addition to the radar stations used on submarines, the factory developed and serialized the radar stations "Reid" designed by the Design Bureau to equip surface ships of the frontier service of the Navy. Radar "Reid", possessing high sensitivity, high potential and modern antenna device, provided detection of small-size targets at long ranges, which is especially important for border protection.

Along with the production of defense equipment, the OKB plant developed and produced in large quantities a series of radar stations of the type "Ocean", designed for manning large vessels of the Ministry of the Navy of the USSR, ensuring their navigation, as well as the decisive task of their safe divergence with 50 vessels simultaneously while navigating in the narrowness of the seas. 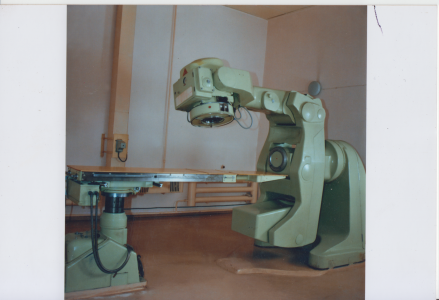 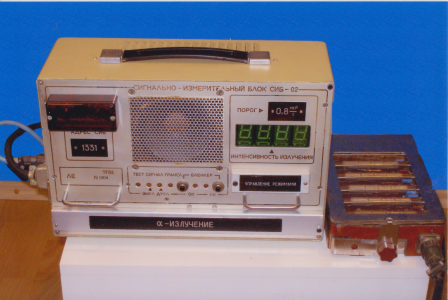 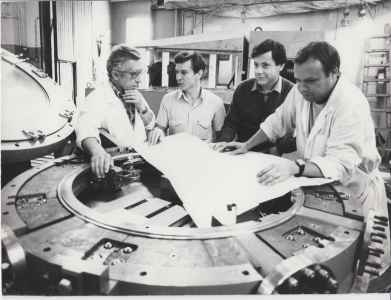 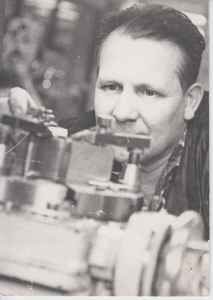 In the sixties, the country switched to equipping strategic naval submarines with missile control systems.

For the release of the MVU-100 system plant director Nesterov GN. was awarded the title of "Laureate of the Lenin Prize", milling machine shop number 30 Zavodov P.I. the title of "Hero of Socialist Labor", a number of plant employees with orders and medals.

In 1975, the director of the enterprise, after retiring to the well-deserved rest Nesterova GM, was appointed Voronychev Lev Ilyich, in which continued the development of the enterprise. New versions of the products "Ocean" ("Ocean-S", "Ocean-SP") were mastered, development and serial production of gamma-therapeutic devices for treatment of cancer patients "Rokus" began. Practically all oncological clinics in Russia and the former Soviet Union republics were equipped with these complexes, the products of "Rokus" were exported.

The plant "Rawenstvo" contributed to the liquidation of the consequences of the explosion at the Chernobyl nuclear power plant by developing and manufacturing a batch of industrial dosimeters in the amount of 100 pieces for the rejection of foodstuffs imported into Leningrad from the disaster zone. In the 1980s, along with the release of various weapons control systems, the plant mastered new radar systems to provide navigation and target designation for missile weapon control systems developed by NII-49 and, in particular, MRKP-58 (Radian), MRKP- 59, ZTS-25E1, ZTS-25E, installed on submarines and surface ships. Unlike previously produced radar with a pulse signal, these stations operate using low-power quasi-continuous noise signals, which ensure high noise immunity and stealth operation. 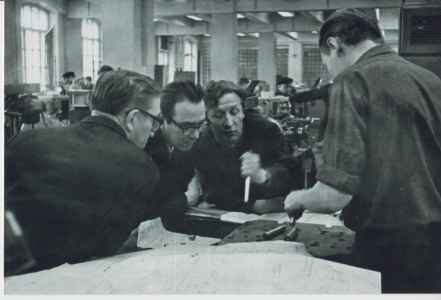 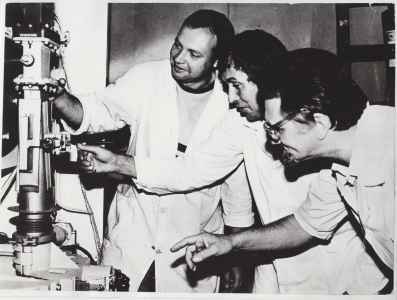 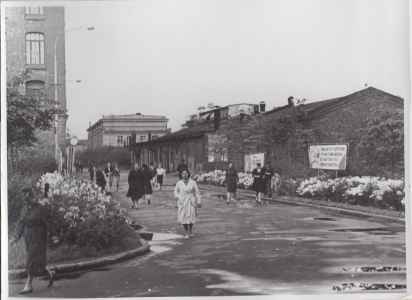 Since 1991, the company was run by Yuriy Nikandrov. Great attention was paid to the production of consumer goods. The collective of the enterprise developed and mastered in mass production 16 types of consumer goods, including radio receivers "Nevsky", spinning reels, checkers, chess, children's toys, etc. 1996 was one of the heaviest for the SCo "Rawenstvo". Government orders dropped drastically, the number of employees, especially the machine operators, decreased a lot, a very difficult financial situation was created.

A new stage of the plant's life came in 2002. Igor Anatolyevich Ledovoi was appointed the Director of SCo "Rawenstvo". Due to the development of new products at the plant, the production volumes have significantly increased, the park of equipment has been replenished, the number of technologists and designers has increased due to the reception of young specialists, an engineering and technical complex equipped with modern equipment has been organized. New radar stations were developed, and in particular, the multi-purpose radar equipment "Ryad", intended for use in coastal posts. This equipment was completed oil terminal in the city of Vysotsk.

In 2007, the radar "Obzor" was developed and mastered in production. This station uses high energy efficiency with low power of emission of noise signals. The use of such signals allows one to increase the range and improve the detection of small-size targets with transmitter power hundreds of times lower than in traditional pulse radars. The "Obzor" stations are installed at a number of radar posts in the Gulf of Finland waters.

The new gamma-therapeutic complex "Rokus-R" was developed, which allows to significantly improve the capabilities of medical personnel in the fight against cancer. A new production building was built and equipped for its production at the enterprise. Production of new advanced radar systems continued. In this way, the MRK-50U radar station was mastered and serially manufactured, which has increased operational characteristics, using a noise-like signal, which makes it possible to provide high noise immunity of the station and the secrecy of its operation. 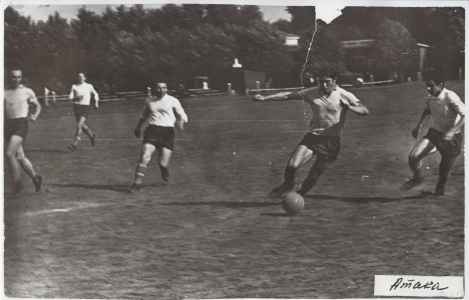 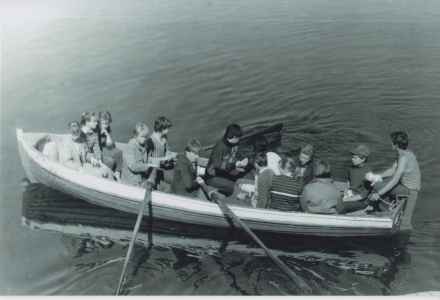 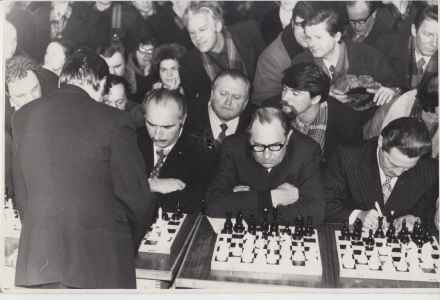 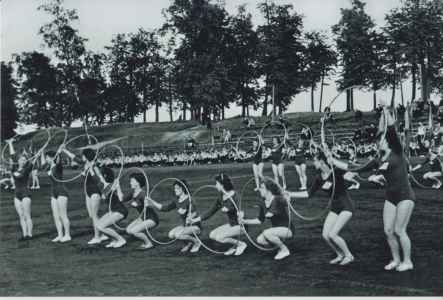